The Kallini Puppets Workshop has been making puppets for over 30 years and has shipped them all around the world – to more than 30 countries and counting!

It all began a long, long time ago when Oliver was a child just outside London, England. He started performing magic tricks and puppetry for school friends, and as he became more popular, performing to the wider community also. As time went by this grew in to his day job, making his own puppets to perform with. Other entertainers soon began asking him to make puppets for their shows, which is when his workshop became more organised.

30 years later, now based in Northumberland, England, Oliver still plays a major role in the Kallini Puppets workshop where the day-to-day activities are overseen by Nick. Both Nick and Oliver enjoy the creative process of puppet making – Oliver specialising in the sculpting and design and Nick making sure the Kallini Puppets workshop maintains the build quality it is known for around the globe.

The Ventriloquist Masks made by Kallini Puppets have each been created by first sculpting clay before taking a primary mould. Using this mould, workshop masks are produced and tested, tweaked, redesigned, sometimes binned and retested until both Oliver and Nick are satisfied with the final design. Only when it looks right, feels comfortable and operates smoothly, is a final mould is taken. This mould is used to make Ventriloquist Masks for our customers 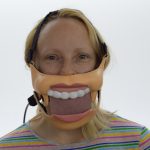 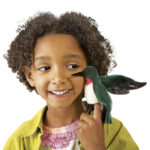 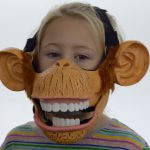 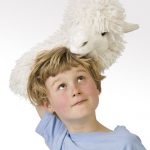